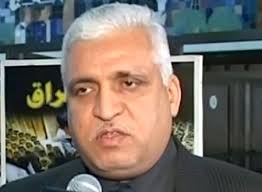 Iraqi weapons with Russia, which were marred by corrupt and under investigation in the Parliamentary Integrity Committee. A source told the Iraqi press of the negotiating delegation spoke on condition of anonymity yesterday, said Fayad, arrived in Moscow on Monday at the head of a large delegation comprising former members of the delegation who is currently being investigated in the END_OF_DOCUMENT_TOKEN_TO_BE_REPLACED

Khvaya entering the U.S. ambassador to line the political crisis in Iraq and al-Rubaie a strong candidate for the succession of al-Maliki in the caretaker government!!

Baghdad – Hisham Khalid – Informed political sources from entering the U.S. ambassador to Iraq, Stephen Beecroft on the line of the political crisis between the Kurdistan region and the central government, to افتين to the Americans put forward several solutions to this crisis,

The sources said that the U.S. ambassador in Iraq, held separate meetings with President Jalal Talabani and Massoud Barzani, at a time when pointed to news that the United States might exert great pressure on Prime Minister Nuri al-Maliki to stop the escalating tension with Kurdistan.

A source familiar with another former national security adviser Muwaffaq al-Rubaie, might be a candidate acceptable to replace al-Maliki in the END_OF_DOCUMENT_TOKEN_TO_BE_REPLACED