I just spoke over the phone with Straight Talkin’ Mike who as you may already know is with the IQD Team. 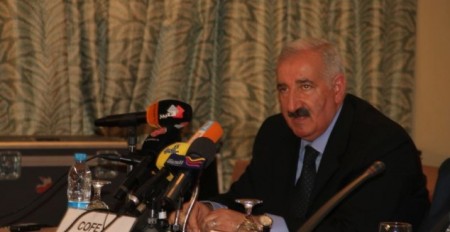 We discussed the Breaking News of Maliki replacing Dr. Turki as the Governor of the CBI.  Here is one of the recent News Articles they Posted on their Website:

Mike did say to me that he is currently working to get to the bottom of it – and that several news sources are also publishing this news story today.

It is ironic to me that Maliki’s office just earlier this week on rumors of this, put out statements saying he was not thinking of replacing the CBI Governor, the rumors were not true, and it would not happen!

Yet today, if true – Maliki will really have shown himself as a desperate fool in my opinion – which I believe Mike also concurs with.

Somehow Maliki has convinced himself that he can just back his pickup truck to the back door of the CBI and loot the place!  If the money was there, he would have gotten it back when he first removed Dr. Shabibi and put Dr. Turki in as Governor!

Also note, Mike did say that he may make a special recording to go over this – as soon as I know more, I will let all of you know.